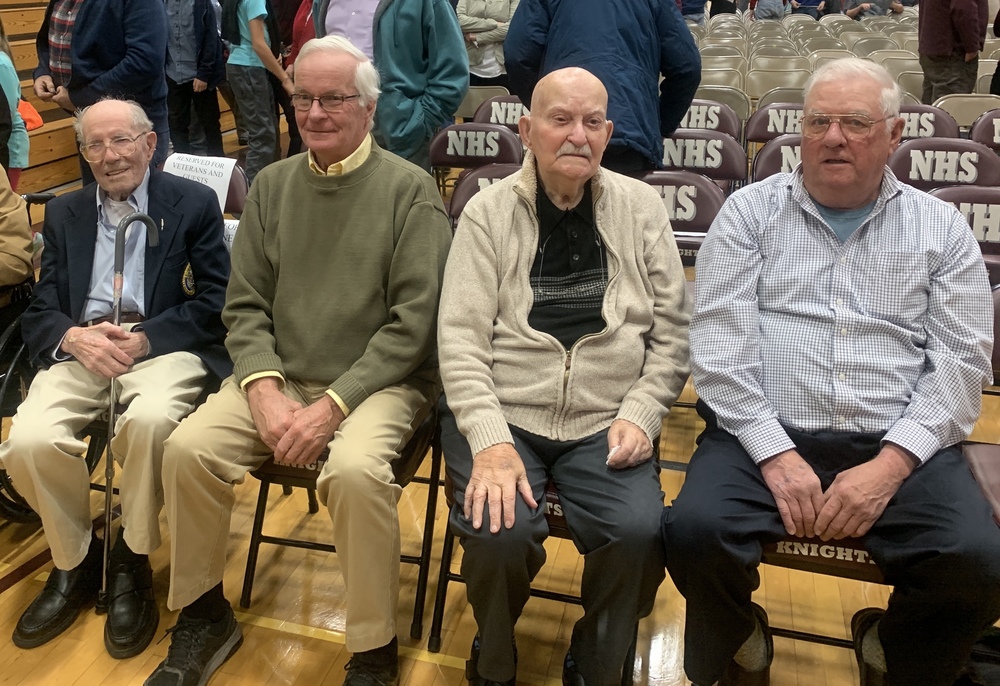 Mr. Edward Browne, who celebrated his 100th birthday in June.  He was interviewed by Alyssa Lee, a senior at NJSHS. 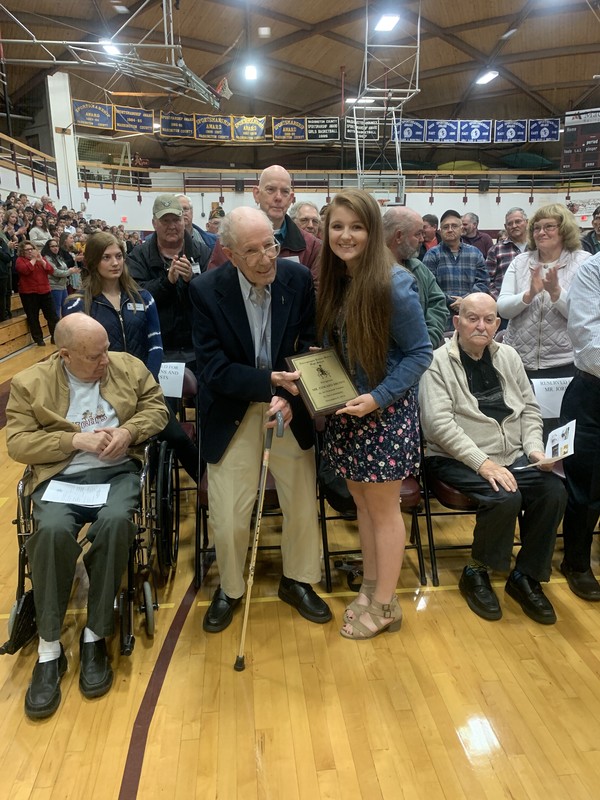 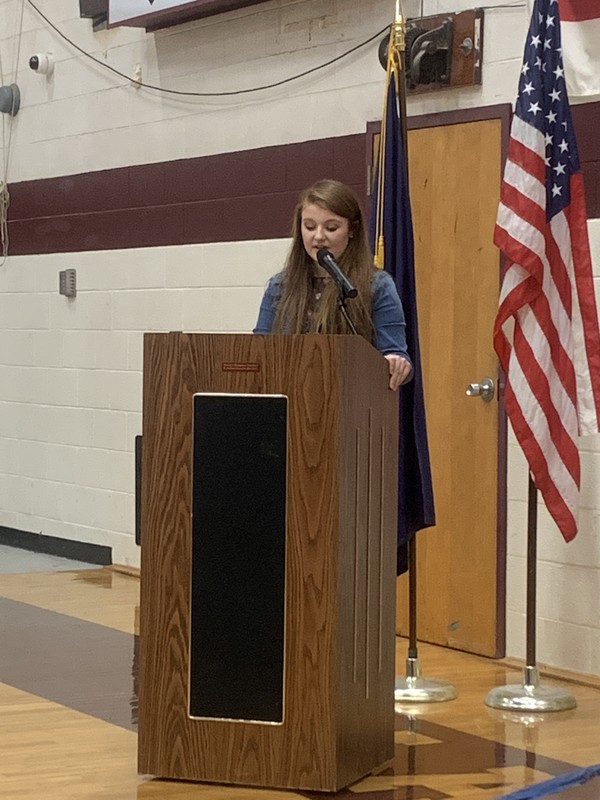 Mr. Richard Grant, former MSAD #37 Superintendent.  He was interviewed by Emma Redimarker, a NJSHS Senior, who also has taken her Oath of Enlistment for the US Coast Guard. 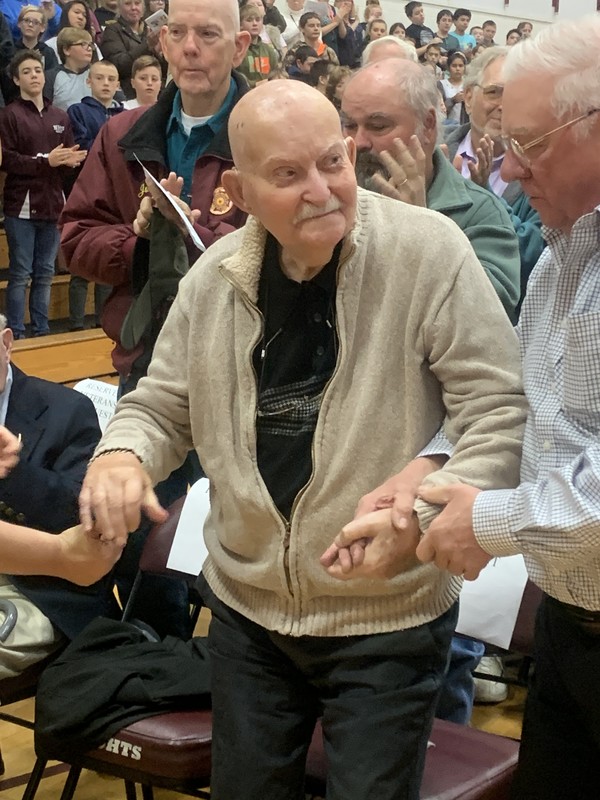 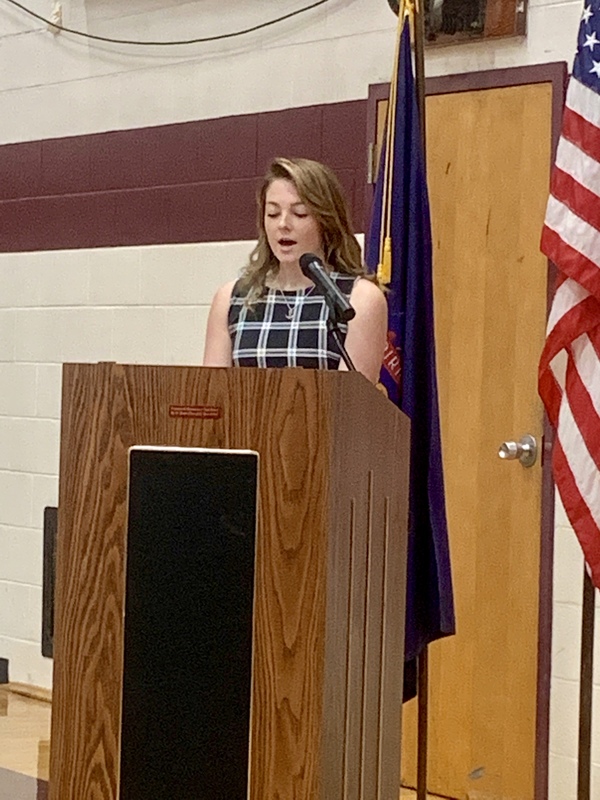 Mr. Lloyd Jordan, a Vietnam War veteran from Addison.  He was interviewed by Riley Grant, a junior at NJSHS. 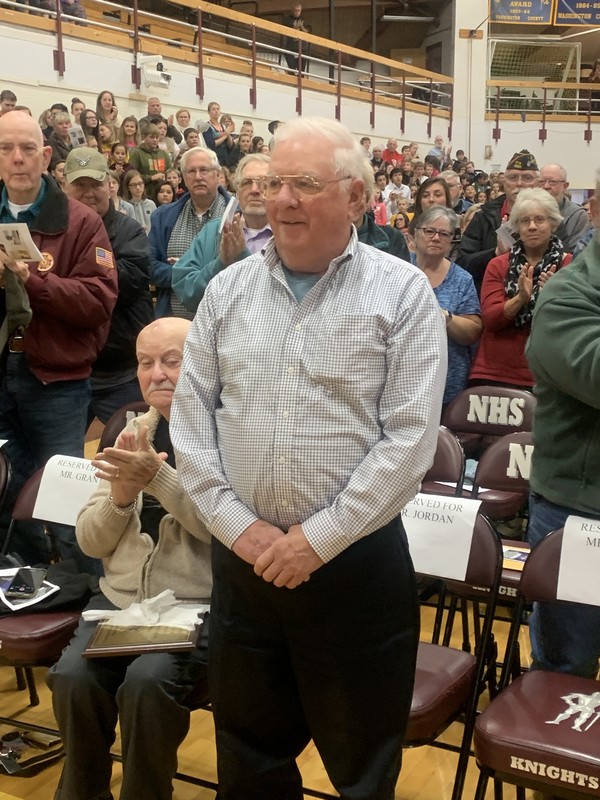 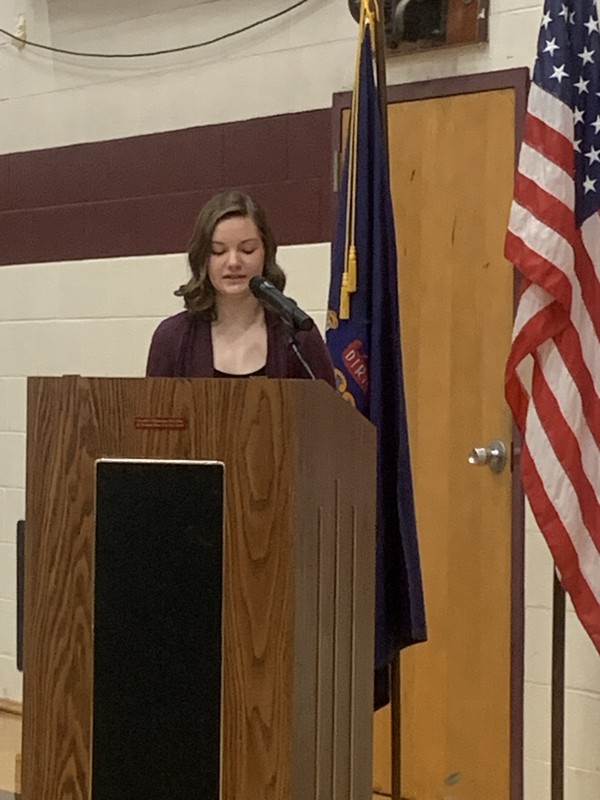 Dr. Carl Aselton, a physician from Milbridge who recently retired after 46 years.  He was interviewed by Alexis Fletcher, a senior at NJSHS, who also sang the National Anthem. 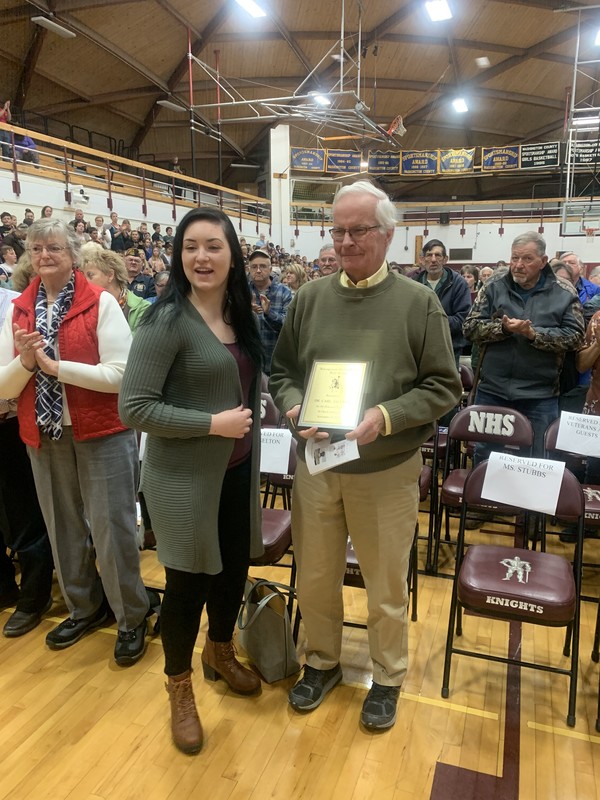 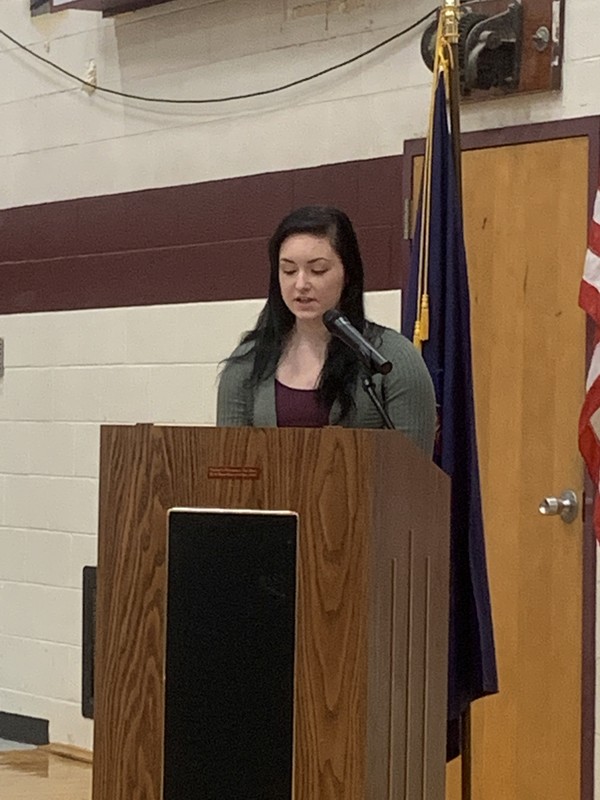 Other students who participated were:

Levi Shaw, who recently took the Oath of Enlistment for the US Air Force, who led us in the Pledge of Allegiance and the Moment of Silence

The NJSHS Band, which played "American Patrol" by F.W. Meacham

The Narraguagus Singers, who sang "A Tribute to the Armed Services"

Thank you to all the veterans, friends, and family who attended the ceremony.  And thank you veterans for your service! 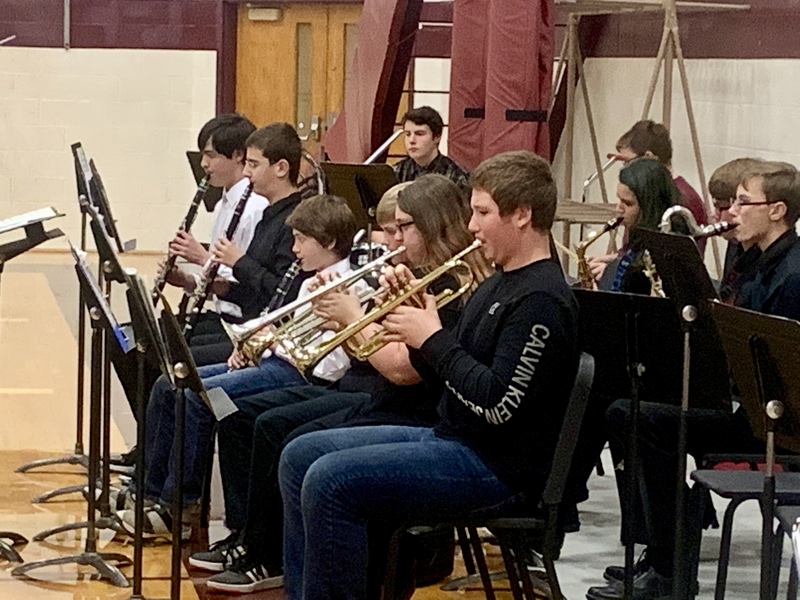 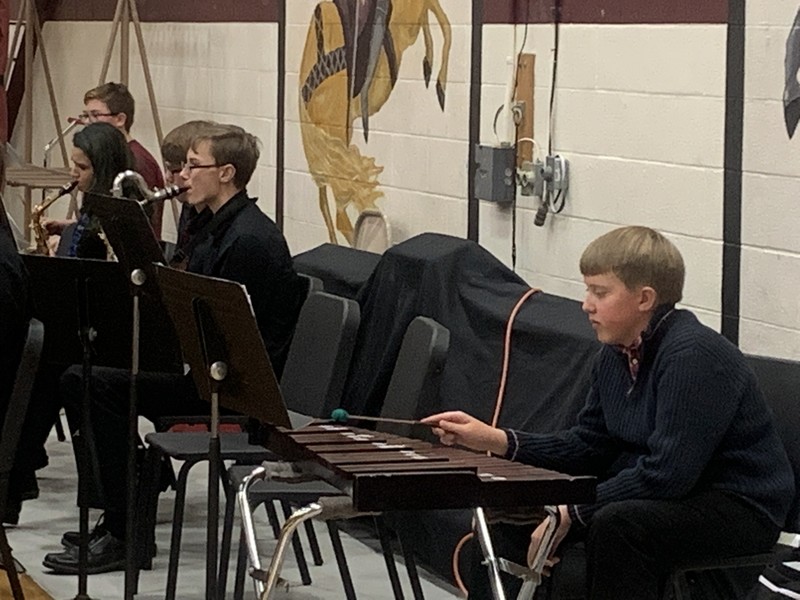 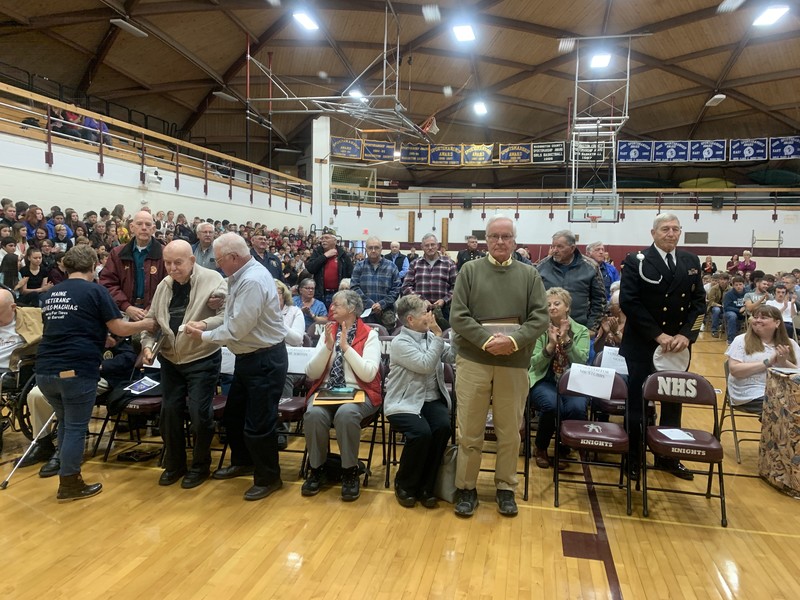